Well, here’s how it went down: my wife booked the gig via email, and in the last email she sent, she asked how long we needed to play.  That email went unanswered.  We didn’t think about it again.

Until we finished our set.

One of the guys we had met that week had gone inside to the bar to get another drink, and they said there would be music until 11.  The current time was approximately 9.  We had just played every song we had prepared.

Luckily, we had a good crowd – family and some new best (tipsy) friends!  So we played the same set we just finished all over again! 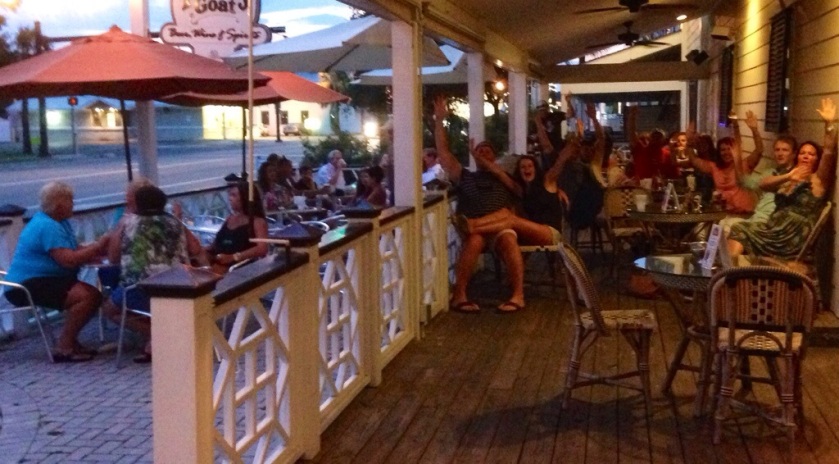 Yes – we played the same set twice.  That took us to about 10 or just after, and then we conversed with our small crowd.  One guy even bought us a round of my wife’s favorite liquor!  Fireball!

Then he proceeded to buy another.  Oh boy!

All in all, it was a great time.  We really enjoyed ourselves, and we even tried out our new PA system – a Bose L1 Compact.  Man, it did the trick!  We even had one lady ask the waitress if we could turn it down (to which she replied in the negative).

This one goes to all those audiences that have been great to us!